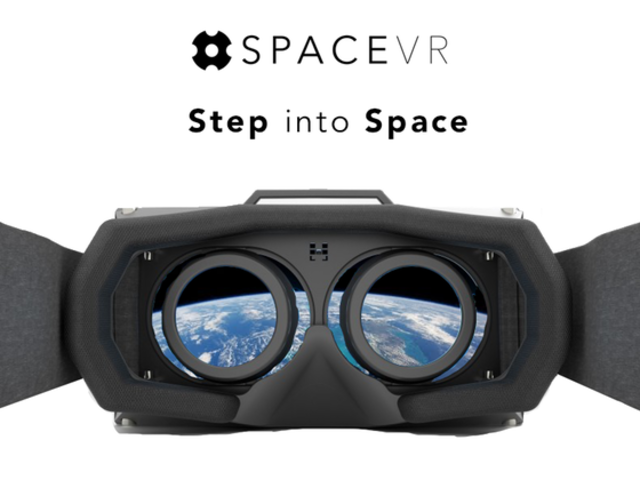 Why was the previous Kickstarters goal $500,000 and how did you cut $400K from your project and still get the camera to space?

We wanted to deliver the absolute best user experience we could in our first Kickstarter. That was probably a mistake as a space startup. Thus for the second Kickstarter we reassessed what elements we absolutely needed to deliver users content. A reduction from 3D to 2D, 6U to 1U payload space, and 12 to 4 camera CCD sensors really simplifies the system and reduces cost. Last updated: Tue, Sep 8 2015 10:55 pm EDT

Why is it more expensive to downlink data than to down mass it?

ISS communication bandwidth is tightly held and even politically hard to get at times. Since micro SD card are so small and lightweight they can be squeezed onto almost any NanoRack return mission. The timeline for down massing is more irregular and longer and thus cheaper. Last updated: Tue, Sep 8 2015 10:55 pm EDT

How long is the Earth VR experience?

The Earth VR experience will be two hours of beautifully edited content. It will start from the NanoRack NanoLab modules and move through the ISS to the Cupola module. It will be stationed in the Cupola module on a support arm and capture one orbit around the Earth. In this time the camera with experience 45 minutes of day time, 45 minutes of night time, one sunset, one sunrise, and see 33% on the Earth’s surface Last updated: Tue, Sep 8 2015 10:55 pm EDT

How many experiences are you planning on capturing?

Can you really offer all of your content forever for $50?

What are the best ways to experience VR technology?

The standard 10×10×10 cm CubeSat is often called a “one unit” or 1U. Thus increasing our designs from 1U to 6U gives us increasing physical volume from electronics, which translates into increased performance and/or content delivery rates for users. Last updated: Tue, Sep 8 2015 10:55 pm EDT

What is the difference between 3D and 2D VR?

Both are a great experience with today’s technology; however, 3D content adds an extra layer of brain tricking magic to the experience. Like 3D movies some people experience nausea from this experience, thus for long form content like SpaceVR’s 2D content offers a great trade off. Last updated: Tue, Sep 8 2015 10:55 pm EDT

Why was Space VR founded?

Ryan was inspired the Overview documentary to bring the Overview Effect to the world using virtual reality. Noticing the launch costs. He knew that he wanted to found a company bringing this very rare experience to the masses. He hit upon the idea that virtual reality would be the ideal platform for such an endeavor. Last updated: Tue, Sep 8 2015 10:55 pm EDT

What technology has SpaceVR developed?

To record video in space for viewing in virtual reality, SpaceVR has developed Overview One, a 360-degree 3D virtual reality camera that will be placed aboard the International Space Station (ISS) to capture footage of Earth. This will be the world’s first opportunity to experience immersive virtual reality of actual Earth images from the comfort of their homes, educational institutions, museums and other places. Last updated: Tue, Sep 8 2015 10:55 pm EDT

How will footage from Overview One be beamed back to Earth?

Much in the same way we stream content on planet Earth, the content from the Overview One will be streamed from the International Space Station using an internet connection. The international space station maintains a link to the Earth through a constellation of satellites. These communications satellites relay data to ground stations where NASA can access the data. The Overview One will connect to the communications systems onboard the ISS to deliver its data. Last updated: Tue, Sep 8 2015 10:55 pm EDT

Will the technology work with any virtual reality device?

What makes SpaceVR different from other space start-ups?

SpaceVR is looking to help people experience space from anywhere. The technology allows people to truly be an astronaut and interact with an environment that was previously impossible to do for most. The consumer space revolution is spurring new advances in space exploration and SpaceVR is pairing that innovation with advances in virtual and 3D technologies. Last updated: Tue, Sep 8 2015 10:55 pm EDT

Who is on the advisory board?

Is the stream “real-time”? How real-time is it?

Live streaming is a key future priority for SpaceVR. In fact, one of the highest. It requires the use of not yet created commercial satellite communication services and additional SpaceVR engineering. The delay would be on the order of 500 ms and low resolution (with current stitching technology), which is fast enough for near time time strategy based games. Last updated: Tue, Sep 8 2015 10:55 pm EDT

BackerKit is a service that crowdfunded project creators use to keep track of hundreds to tens of thousands of backers—from shipping details, pledge levels, preferences and quantities, whether they have paid or had their card declined, special notes, and everything in between!

The BackerKit software and support team is independent from the campaign’s project team—BackerKit does not handle the actual reward shipping. For more information about the preparation or delivery status of your rewards, please check the project's updates page.

How does BackerKit work?

After the campaign ends, the project creator will send you an email with a unique link to your survey. You can check out a walkthrough of the process here.

I never received my invitation. How do I complete the survey?

The most common reasons for not receiving a survey email is that you may be checking an email inbox different from the email address you used to sign up with Kickstarter, Indiegogo or Tilt Pro account, or it may be caught in your spam filter.

Confirm that the email address you are searching matches the email address tied to your Kickstarter, Indiegogo, or Tilt Pro account. If that doesn’t work, then try checking your spam, junk or promotions folders. You can also search for "backerkit” in your inbox.

To resend the survey to yourself, visit the project page and input the email address associated with your Kickstarter, Indiegogo or Tilt Pro account.

How do I update my shipping address?

When will my order be shipped, charged or locked?

That is handled directly by the project creator. BackerKit functions independently of the project itself, so we do not have control of their physical shipping timeline. If you want to check on the project’s status, we recommend reading over the project's updates page.

I completed the survey, but haven't received my rewards yet. When will they arrive?

As BackerKit does not actually handle any rewards or shipping, the best way to stay updated on the shipping timeline would be to check out the project's updates page.